Castle Hills is a city in Bexar County, Texas. The census made in 2016, the total population of the city was 4,424. Castle Hills is part of the San Antonio Metropolitan Statistical Area.

A census made by the United States Census Bureau, they city has an area of 2.5 square miles.

Castle Hills is an independent city, which is surrounded by San Antonio. It is at the southern end of the Northwest Military Highway and the northern end being located at the U.S. Army Camp Bullis.

There are two elementary schools in the city: Castle Hills Elementary School and Jackson Keller Elementary School. There are also two middle schools, the Jackson Keller Middle School and the Nimitz Middle School. The high school in Castle Hills is Lee High School, the campus includes the International School of the Americas, North East School of the Arts and grades 6-12 of STEM R.A.M Academy.

Gorgeous custom home in the gated Ridge at Stone Oak subdivision. It has a 3-car attached garage, rear covered patio, second floor balcony, beautiful tile and laminate flooring, gourmet island kitchen, master down, a study/office, and more. There are

A new high def shingle roof and recent HVAC upgrade head the list of value features in this attractive brick home in Stone Oak. The spacious open floor plan is perfect for hosting. Fifth bedroom by a full bath converts easily to a home office. The be

Get ready to fall in love with this open floorplan 1-story home. It's a 3 bedroom, 2 bath, plus study, mostly hardwood flooring, large kitchen with stainless appliances and breakfast bar, plantation shutters overlooking the backyard, and enjoy your s

Immaculate one story home in the heart of Stone Oak! The sellers are the original owners and the pride of ownership is evident throughout. Light & bright floor plan featuring 3 bedrooms, study & formal dining room. Gourmet kitchen with sleek black ap

This San Antonio two-story cul-de-sac home offers granite countertops, and a two-car garage. This home has been virtually staged to illustrate its potential.

MULTIPLE OFFERS RECEIVED. BEST AND HIGHEST DUE 04/10 5 PM. Welcome Home! This two story home nested in the gated community Canyon Rim in heart of Stone Oak has what your family looking for. Walk in to a grand entry with formal dining to your right co

***MULTIPLE OFFERS RECEIVED***FINAL AND BEST DUE BY APRIL 22ND, 2021 AT 8PM. Meticulously maintained and incredibly stunning 2-story show stopper situated in the exclusive gated community of The Villages of Stone Oak. Neutral and fresh with tons of w

STUNNING two-story home located on a quiet cul-de-sac lot in the highly desirable neighborhood of CHAMPION SPRINGS! Come fall in love with all of the beautiful details and features this home offers. 5 Bedrooms, 3 Full Baths & Gameroom~5th bedroom dow

** Multiple offers received -- submit your best and final offer by 2 pm Sunday 4/18 **Welcome Home!! This beautiful, all brick, 1 story home located in Stone Oak with Top Rated Schools is sure to please with a nice Open Floor Plan, Oversized Kitchen

** MULTIPLE OFFERS RECEIVED** DEADLINE TO SUBMITT OFFERS IS MONDAY APRIL 19, 2021 AT 6:00PM Beautifully well cared for home in the desirable Stone Oak area. All 4 bedrooms are upstairs as well as a second living area. Kitchen upgraded with stainless

Prepare to fall in love with this immaculate 2 bedroom, 2.5 bathroom beauty in the gated community of The Villages at Stone Oak. The entryway welcomes you into a thoughtful, open floor plan outfitted with tile flooring and architectural niches. The d

Nestled among larger estates in this GUARD gated community, this elegant home sits on a WIDE 2 ACRE WOODED lot and is uniquely situated for PRIVACY below street level with a long dramatic circular front driveway. 3200 s/f DOWNSTAIRS with SOARING C

Prepare to fall in love with this stone and stucco 3 bedroom, 2.5 bathroom home in the gated Stone Oak community. Step into a contemporary open floor plan encompassed by extended tile and elegant finishes. A formal dining room with modern chandelier

Great opportunity to own one of the nicest homes in Stone Oak / Las Lomas. Sellers have lovingly cared for and updated this gem. All the bathrooms as well as the kitchen have been remodeled. New flooring downstairs installed 2018. Freshly painted and

MLS# 1506666 - Built by Highland Homes - June completion! ~ Location is everything for this 555H plan. Common area to the left and cul-de-sac behind on this 5 Bdrm4 Bath home. 5th bedroom down makes for a perfect study. The large kitchendiningfami

What a View!!! Don't miss this opportunity in desirable stone oak, with gated community, and a rare full view over the canyon off the oversized wood deck! Open floor plan, with four bedrooms, and two living areas. Wood look tile downstairs for dur

Rare chance to own acreage and experience total privacy in the heart of Stone Oak at prestigious guarded neighborhood- The Estates of Champions Run. Built by Stadler and designed by renowned architect Gustavo Arredondo this property is a true masterp

This beautifully maintained former model home has 3 large living areas, and one with a floor to ceiling stone fireplace with gas insert. There's gorgeous hardwood flooring in the living dining and family room areas, and high ceilings throughout. Li

***BEST AND FINAL OFFERS BY 7PM TODAY (SATURDAY March 13)*** Welcome to the master planned community of Stone oak, one of the most highly sought-after neighborhoods in the entire city! Come and live in the center of shopping, dining, and entertainme

This beautiful 2-story home in the private community of Champions Ridge features 4 bedrooms, 4 bathrooms, and has 4,227 of living space on a property that is just shy of 1-acre. The backyard includes a lush pool with waterfall and spa that perfectly

This San Antonio one-story cul-de-sac home offers granite countertops, and a two-car garage. This home has been virtually staged to illustrate its potential.

MULTIPLE OFFER SITUATION. SUBMIT BEST AND FINAL BY 4/8/21 BY 10AM. LOCATION!! And SOLAR PANELS!! How do you pass that up?? The most beautiful area in town and in the heart of Stone Oak, this beautiful home has 4 bedrooms, 3.5 bathrooms which opens up

Sitterle Home with 4 Bedrooms, 2.5 baths, Masterbedroom downstairs. Great for entertaining family and friends. Kids rooms and a large loft/study are located on the second floor. The home also has high ceilings, a wetbar and a brick fireplace, gran

Comfort, Convenience and Community describe this one owner home with great curb appeal in the heart of Stone Oak. Stretch out and relax in this beauty with your choice of comfort spots including the large sunken family room with gorgeous hardwood fl

Gorgeous home in the desirable Stone Oak neighborhood with an open feel and great natural light. Excellent layout for in-door & out-door entertaining. Spacious kitchen with island. Can convert a bedroom to a media room or crafts room/office. Great c

Enjoy private, luxury living within the guard gated Stone Oak community of The Estates of Champions Run. Stunning hillside views from the first and second level balconies are unmatched, providing a gorgeous backdrop for elevated everyday living. A ma

** Open House SAT-SUN March 6th and 7th from 2-4Pm** Enjoy endless views of the city and downtown from this stunning, one of a kind contemporary home designed for grand entertaining. Every detail was thought out with hand picked materials, and cust

OPEN HOUSE 4/16 Friday 4-6 and 4/17 Saturday 2-4pm. Ready for your spacious 4/3 stone oak home. Enter into the formal dining room that can easily be used as an office area too since it's tucked away up front from the living room. Guest room and full

Beautiful two story home in the heart of Stone Oak! Be greeted by the large foyer that is filled with natural light. You will immediately notice the high end finished throughout the home from the crown molding down to the wood floors. The formal dini

Recently Painted in and out. 4 BR 3 BTH Master bedroom has a sitting area, with access to a balcony, Enjoy your very own pool and gazebo in this lush great for entertaining back yard. Kitchen has been recently updated, downstairs bedroom and full ba

This San Antonio two-story cul-de-sac home offers granite countertops, and a two-car garage. This home has been virtually staged to illustrate its potential.

Open house Saturday, 5/1 and Sunday, 5/2 from 2-5 pm. Within the highly sought-after, gated community of Mesa Grande in the heart of Stone Oak, lies this beautiful 5 bedroom and 4.5 bath home with the master bedroom and a guest suite with a full bat

Gorgeous Sitterle single story home on .66 acre lot in the prestigious guarded/gated community of Cactus Bluff in Big Springs! A rare find. Large kitchen with custom cabinets. Sit on your covered Patio & enjoy the amazing pool and spa over bluff

If there's one design style that can "take you there," it's definitely a French country home. This professionally designed chic home has wonderfully sized bedrooms with a master suite down. Layout also features Separate Dining area and a loft up! Gou

Welcome home 118 Jardin Vista, in the small gated neighborhood of Mesa Vista in Stone Oak! This 2,742sqft home boasts 3 bedrooms, 2.5 baths, 3 living areas and 2 dining areas! Walking in, as you're greeted by a formal living and formal dining room wi

This unrivaled, custom-built estate in the guard-gated Champions Ridge has never before been on the market; a single-owner home providing the ultimate in privacy and security. This luxury residence on San Antonio's northside beautifully pairs quality

The perfect move-in-ready home awaits! The high ceilings and large windows throughout this stunning listing create a spacious zen-like environment perfect for creating your own private oasis. With two spacious living areas, two dining areas, and an o

Located in desirable Mesa Grande and Stone Oak, this is the one you've been waiting for! Open area and high ceilings welcome family and guests into your lovely home. The three living spaces, fire place, large kitchen, and large patio is great space f

Walk into luxury & say hello to this lovely home located in the prestigious guarded/gated community of the Village at Cactus Bluff. This beautifully decorated 4 bedroom, 4 bath home with Master Suite first floor, 3 bedrooms with 2 full baths and game 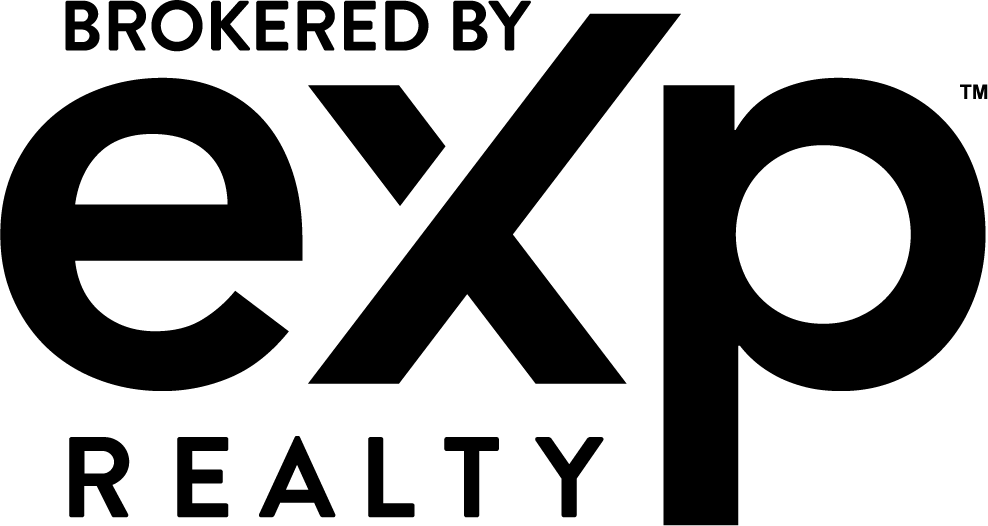