San Antonio is a city enriched by history, art, culture, and community. The city is home to historic Spanish missions such as Mission San Jose and the infamous Alamo, as well as botanical and Japanese gardens, museums and art galleries, a riverwalk adorned with boutiques, eateries, and attractions, see Homes for Sale in San Antonio here, and more information below.

This San Antonio two-story home offers an in-ground pool, a patio, granite countertops, and a two-car garage. This home has been virtually staged to illustrate its potential.

Please submit best and final on Monday 27th by 5:00 pm. WELCOME HOME!! Here is your chance to own property in the gated community of The Village at Inwoods. This home is a must see as you enter in this functionally open floor plan with 2451 square fo

Beautiful 2-story stone/stucco home situated on a park-like lot. Grand entrance flanked by private study (which could double as a living room) and formal dining, both with hardwood floors. Open family room features a stone fireplace, wood floors an

Welcome Home! This impeccable two-story home impresses at first sight with a foyer that opens to the formal dining room and grand living room filled with windows, brick fireplace and a high ceiling. This gorgeous home features architectural details a

This San Antonio two-story home offers granite countertops, and a two-car garage. This home has been virtually staged to illustrate its potential.

This San Antonio two-story home offers granite countertops, and a two-car garage. This home has been virtually staged to illustrate its potential.

Welcome to this Beautiful 5 bedroom open floor plan home that is located in a Gated Community. Home features a Large Kitchen with island that was recently updated. Plantation Shutters, Large master with His and Hers Master vanities, large master clo

This beautiful Executive Home was built by McNair Custom Homes. Located in the highly sought after, Huebner Village. This home offers easy access to 1604, 281, and Wurzbach Pkwy. located on a green belt, at the end of the cul-de-sac, in a small quai

Prepare to have all of your expectations exceeded when you step into this gorgeous, updated home. Spanning over two, well designed levels, this home includes 4 bedrooms, 3 full bathrooms, a study and two living spaces. Deep colored, wide planked wood

Gorgeous custom home in highly desirable Rogers Ranch zoned for some of the best schools in San Antonio. Nestled in a cul-de-sac in the Falling Brook subdivision where all homes were custom built and has controlled access. Upon entry, you will be we

Your opportunity to own this FORMER MODEL home in a quaint garden home community is today! McNair homes is a local very well respected custom home builder who's attention to quality, craftsmanship and design is unparalleled. This is the Granada floor

This outdoor oasis can be enjoyed year round in this stunning 3 bedroom/3.5 bath in Sonterra's highly desirable gated community. This home is perfect for the entertainer where they can enjoy a gorgeous heated pool, privacy, outdoor wood burning firep

Welcome to the beautiful community of Hidden Forest! This fantastic single story home is nestled perfectly right across the street from the Hidden Forest Elementary school. Relax and unwind in your large backyard that is shaded by mature oak trees.

This gorgeous two-story cul-de sac home sits behind the prestigious gates of Rosewood Garden. With a beautiful open floor plan with so many traditional features such as a formal living and dining room, a fireplace in the 2nd living room and beautiful

Come check out this beautiful 3 bedroom, 3.5 bathroom Mediterranean Style Townhome located in the Sonterra area! This home is located on a corner lot in a gated community with pool and clubhouse access for all residents! With it's master downstairs a

Located at the prestigious Graystone Neighborhood. Modern one-story floor-plan sits on nearly an entire acre with 4 bedrooms, 4.5 baths. High Ceilings, big windows, and wood floors all around this open floor plan. Beautiful kitchen with an island, 3

This elegant Mike Hollaway home located in the exclusive Point Bluff at Rogers Ranch has it all. This customized floor plan offers optimal space and functionality with double primary suites located on the 1sr floor, the second primary has it's own li

TWO expansive homes on this ONE unique Hollywood Park estate! Limitless potential awaits in these two homes that come together to create a truly multi-generational property nestled on an approx. 1.4 acre, corner lot. Located in coveted Hollywood Park

This beautiful secluded two-story home has just been renovated and ready for your viewing! If there was a perfect location to live in San Antonio, this is probably it. Located in the Hidden Forest subdivision off Bitters Rd., this "hidden" gem is c

Hollywood Park Perfection! Pristine landscape adorns the brick-accented walkway up to the front door. Passing through the clear leaded glass door, flanked with sidelights, the high tray ceilings, gleaming hardwood floors and open concept are sure to

This San Antonio two-story home offers a two-car garage. This home has been virtually staged to show its potential.

Stunning! This lovely single story 3 bed, 2.5 bath home with custom architectural details and high-quality finishes is sure to please. Nestled in the highly desirable Sonterra Midlands community, this well thought out home features an easy flow for b

Convenient, country living in this incredible home on nearly 3 acres in the Shearer Hills Subdivision. In the city convenience with the quiet solitude of living in the country. Chefs kitchen with granite counter tops, island and breakfast bar. Kitch

Beautiful one-story Robert Weiss custom home on cul-de-sac and greenbelt lot. Home sits across from Inwood only access to the Salado Greenway Trail. Wooden doors open to the large front courtyard with mature trees and front porch sitting area. The

Gorgeous property in the gated Oaks of Sonterra community in highly sought after Stone Oak. Inviting curb appeal with mature trees draw buyers to this home. Upon entry, high ceilings and an abundance of windows create an open floor plan with a dining

Nestled amongst the mature live oaks of sought-after Churchill Estates sits an unassuming two-story home at the end of the cul-de-sac. With a beautiful charcoal grey roof installed in 2020 and a cool grey and muted blue exterior, this house whispers

Gorgeous Home overlooking the beautiful Sonterra GOLF COURSE. This unique 4 bedrooms, 4.5 bathroom stucco home is located in the gated community of Fairways of Sonterra. Sit and relax on the large covered patio or wind down on the spa, or take a swim

The Original Roger's Ranch house is on the market! 1.67 acres Located on a Cliff's Edge in Shavano Park just Inside 1604 and Off of the East Side of NW Military. This 5952 Square Foot 4 Bedroom/6.5 Bath has a Large Study that was Formally a Guest B

Stunning SINGLE STORY HOME overlooking the beautiful Sonterra GOLF COURSE. This unique 4 bedrooms, 4.5 bathroom stucco home is located in the gated community of Fairways of Sonterra. Sit and relax on the large covered patio or wind down on the spa, o

Gorgeous Hollaway Custom Home two story home in the gated Fairways of Sonterra. Located in a gated, golf course community, this large home is one of a kind! With its six bedrooms and four an a half bathrooms, and large living areas this home is an

Hard to find one story in Hollywood Park that has a mother in law suite in the back! Wonderful lot on over .41 lot size and great curb appeal. The mother in law house has 480 sf. 4 side white brick, one story solid house! 2 living areas, Kitchen ha

This exclusive Texas Hill Country estate home is set on an idyllic .68 acre lot with a welcoming, tree-lined circular drive in the Estates of Sonterra in the heart of Stone Oak. An arched porchway and leaded glass front door lead you into the lovely

This 1-story home in Hollywood Park sits beautifully on a level .41 acres and is move-in ready with updates for modern living! Open floor plan with vaulted ceiling at family room offers abundant natural lighting in the home and a cozy gas starter fir

Charming corner lot home located in north central San Antonio has been recently updated. Large and cozy living room with gas fireplace and a wall of windows looking into the open atrium make this house unique and appealing. The kitchen has been very

WE FOUND IT! The perfect home that has it all and is updated too! This home features gorgeous tile floors adorning this beautiful open concept first floor. The office can also be substituted as a 5th bedroom as it has a closet and a full bathroom do

This one is a gem in a peaceful neighborhood in Stone oak. It is a 2 story beauty with a formal dining area and a contemporary fireplace wall. This home has a great flow for entertaining and plenty of natural light. The kitchen is beautifully updated

Beautiful cul de sac home in the Oaks of Sonterra. This home has a large kitchen and is open to the family room overlooking the fireplace. Refrigerator conveys with right offer. All bedrooms are spacious. There are 2 living spaces downstairs and a s 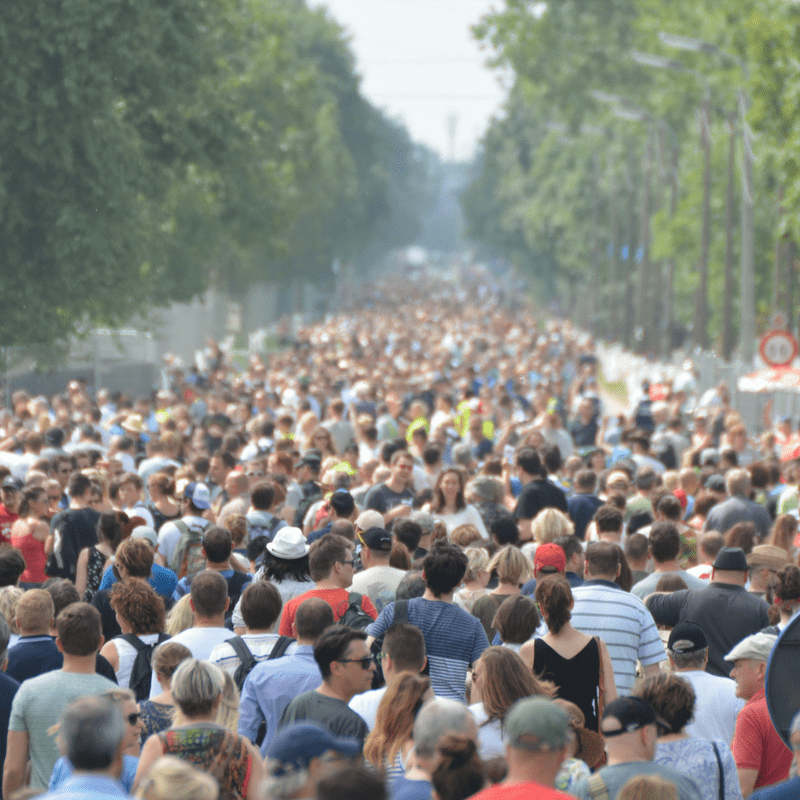 Where is San Antonio?

How Big is San Antonio? 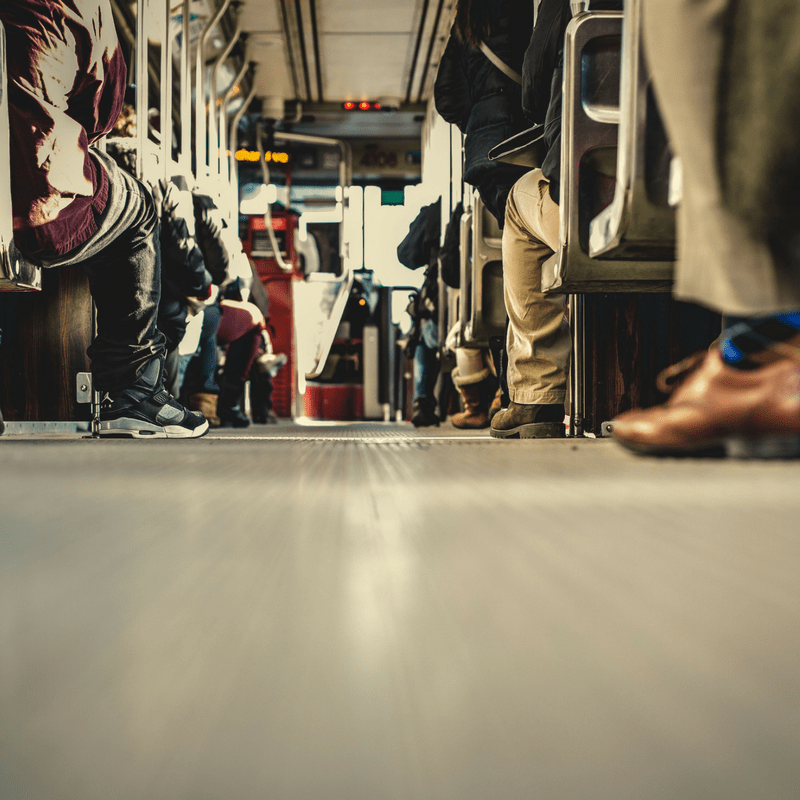 Transportation in San Antonio is provided by air via San Antonio International Airport, through VIA Metropolitan Transit for bus, San Antonio Amtrak Station by train, and the city is also known for its bike paths, bicycle sharing, and noted walkability.

San Antonio receives about 31 inches of rain per year, and only an inch of snow, over 82 days annually with measurable precipitation. The sun shines brightly on San Antonio 220 days of the year. Summer highs are around 95 degrees and winter lows are well above freezing at around 40 degrees.
[powr-weather id=0334f031_1516734551]
[su_divider divider_color=”#a63232″]

There are 17 school districts in San Antonio, servicing more than a thousand schools. There are also 31 higher education facilities in the San Antonio area.

For all current information regarding the San Antonio International Airport, please visit:

The San Antonio International Airport (SAT) is located in the Uptown Central San Antonio, it is only about 8 miles north of Downtown. The airport covers 2,305 acres, has three runways and is a Class C airport.

Terminal A or previously known as terminal 1, is bigger than terminal B with 17 gates. Terminal A is the terminal that operates international carriers, which they operate in different gates.

The terminal has eight gates and it was opened on November 9, 2010. The original airlines in this terminal were American and Continental. United is also in terminal B but started in Terminal A and was moved on August 1, 2012. There are currently two airlines in Terminal B:

SAT airport has more than 30 shops including Brookstone, Simply Books, Stars of San Antonio and many more. It also has many famous restaurants including Dunkin’ Donuts, Sbarro, McDonald’s and  many more.

The airport arranges Art Exhibitions in Terminal B and the parking lot to make the airport more colorful and alive.

Hotels inside the SAT airport:

“The San Antonio Police Department is dedicated to improving the quality of life by creating a safe environment in partnership with the people we serve. We act with integrity to reduce fear and crime while treating all with respect, compassion, and fairness.” – SAPD

Enter your home address to receive an instant Home Valuation

Here you will find the latest San Antonio News Station: Distance from Austin to San Antonio